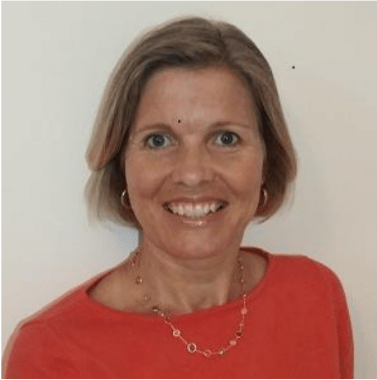 I lived the first 17 years of my life blissfully unaware that I had been born with a congenital defect of my aortic valve. My valve had four flaps instead of the usual three, so it struggled to close properly, and when I started Grade 12, I started to feel winded going up the stairs at school. Up to this point, I had been a very athletic kid, so this came as quite a surprise. My mom suggested I get a physical. When my GP heard a heart murmur he hadn’t heard before, he referred me to a cardiologist. A few short months later, I was told that I would need to have open-heart surgery to replace the defective valve. The surgeon wanted to make sure that I was fully grown, so we waited until I was 20 years old to have my first open-heart surgery.

At the time, it wasn’t very common to have babies with a mechanical valve, so I opted for a pig tissue valve knowing that I would need to have it replaced at some point. Those were good years. I loved telling everyone I was “part pig”. Six years later though, while 24 weeks pregnant with our first child, the valve failed and needed to be replaced asap. The doctors did their absolute best to try and postpone the surgery until 28 weeks when our baby would stand a decent chance at survival, but it was not meant to be. After only a week in the hospital, my body was done, and emergency open-heart surgery was performed. This time, I had a mechanical valve put in.

Medicine had progressed enough in those 6 years for me to have a child with a mechanical valve, and while the process wasn’t without complications and risks, we managed to have a healthy baby girl 1.5 years after my second open-heart surgery. Because of all the risks involved, we chose to adopt our second child (a boy).

Life continued merrily along until I turned 47 when it was discovered that I had an aneurysm in my aortic arch. This meant having open heart surgery a third time to replace my aortic arch with a synthetic one, and because I’d had my mechanical valve for 21 years at this point, we decided to replace it at the same time. I like to tell everyone I got a two for one deal! After that surgery, it was determined that I also had a complete heart block (an electrical problem), so I received a pacemaker.

I’ve always been physically active, and all these surgeries took a toll on my confidence to exercise, but I’m happy to report that after attending Cardiac Rehab, I’m back doing all the things I love. I ride my bike, walk, swim, wakeboard, paddleboard, do yoga, go to the gym regularly, take dance classes with my daughter and am basically enjoying life to the fullest. I want people to know that it is possible to live a full life even if you have heart disease. I’m living proof.