Not Your Typical Heart Attack 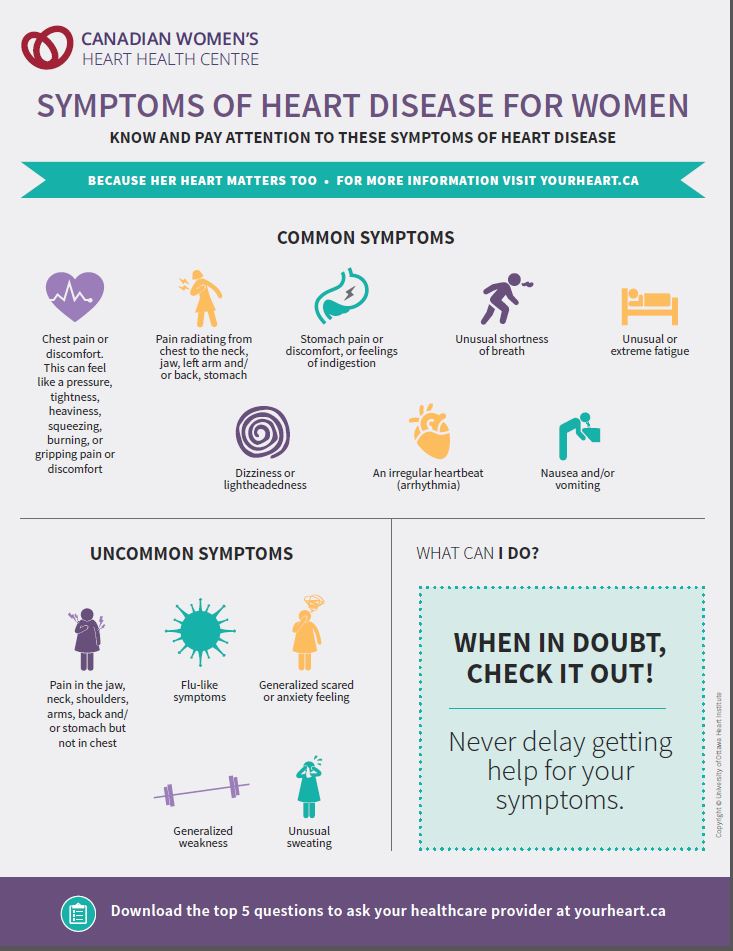 What does a heart attack look like? An overweight man doubled over with chest pain, gasping for air? How about a retired woman with a deep ache between her shoulder blades, or a 35-year-old new mom with shortness of breath and tiredness she just can’t shake?

Women's symptoms are often labeled “atypical” because they differ from the classic symptoms traditionally found in men. What’s more, the signs of heart attacks in women can be far more subtle than the chest-clutching of what doctors call the “Hollywood heart attack.” Some symptoms can appear many months ahead of the heart attack itself, making them easy to dismiss. Women themselves don’t always connect their back pain or fatigue to heart disease or a heart attack because they don’t match the stereotype of someone in cardiac distress.  The result is that between one-quarter and one-half of heart attacks in women go unrecognized.

Know the early and immediate symptoms of heart attack in women, and see a doctor if they appear in you or someone you love.

Some women live with the signs of a looming heart attack for as long as a year in advance, partly because many of the symptoms are easy to attribute to stress or busy lives. Here are some of the early warning signs of a heart attack, according to how common they are among women who have heart attacks:

In addition to the early warning signs above, here are some of the symptoms women most commonly report experiencing immediately before a heart attack: