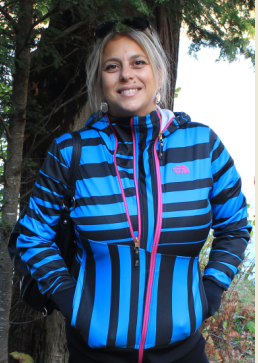 Here is my real story…. just days after delivering my third child and being discharged from the hospital, I literally could not make it up the stairs. I was rushed to my local clinic, almost to be turned down as it was nearly closing time, but someone was looking over me, and I was seen. I remember the doctor telling me that it is never normal to have shortness of breath. He immediately asked where I gave birth and called the ambulance to transport me.

I landed back at Civic emergency, It was a long ride, I recall waiting in the hallway for a room and literally feeling like someone had their hands on my head, pushing me further and further down in a sea of water. I later learned that I was actually drowning in my own fluid.

When I got to be seen, I heard lots of movement around me, immediately a portable x-ray machine showed up in my room, and I was medicated with pills and patches to lower my blood pressure. I was also given diuretics and surges of oxygen were pushed down my lungs to help me breathe. I remember a group of doctors surrounding me from various specialties just watching. I still have an image of them, some with hand over mouth, almost in disbelief. I was later told how lucky I was that I made it back to the hospital, as I had 2.5 litres of fluid build-up in my lungs alone.

I was then moved to intensive care and underwent rigorous tests to determine the root cause of my problem, and waited for results while trying to stabilize on a cocktail of medication. The diagnosis was severe heart failure. I was told I would be contacted by the Ottawa Heart Institute. Just hearing those words alone and waiting for that appointment, I thought I was doomed but when I think back, and after everything I have learned, I was actually lucky.

My heart had become enlarged and unable to pump sufficient blood to support the body, it was pregnancy induced. This condition is known as Peripartum or Postpartum Cardiomyopathy (PPCM). It is really a silent killer, with no prior history of heart disease a women’s heart can go from healthy to deterioration in a very short time. It often goes undetected as symptoms typically related to pregnancy can easily mask this condition, such as swelling, shortness of breath, unexplained coughing, and heart palpitations. Many, like myself, will have their symptoms dismissed as normal signs of pregnancy.

I later learned that this real but rare condition can affect 2 in 10,000, sometimes, with unfavourable outcomes such us never gaining normal heart function, requiring a defibrillator, or transplant. Truth be told, some women are not diagnosed until after they have suffered a cardiac arrest or death.

With the aid of lifestyle changes and medication, it took several years after diagnosis for my heart function to fully improve. Under the watchful eye of my cardiologist, my condition is presently stable. Currently, I am monitored by receiving regular follow-up care and testing. I frankly do not have enough words to thank the Ottawa Heart Institute for their optimal treatment. It is a first class facility, a powerhouse of experience, diagnostics and knowledge, dedicated to their cause. And well, they just care.

I was also referred to and utilized various facets and programs in place at the Ottawa Hospital, whether it be cardiac rehabilitation, weight management, and nutritionists. I cannot lose sight of the fact that I have to do my part in all this too. For those who did not know that pregnancy could cause heart failutre, there you have it.

Communicate with your doctor and know when to seek medical help, as early detection is key. I'm sharing to raise awareness.

I agree to my story, photos, and videos being used